Welcome to The Stars Shine Bright

After the murder of her mother, Myu finds her world turned upside down as she takes on the daunting responsibility of raising her little sister, Topaz. Luckily for her, however, she doesn't have to go it alone as long as the kindhearted Atticus is here to help. Unluckily for her, this unlikely trio of kids may find themselves facing a little bit more than they bargained for.

Start at the Beginning

ask tssb is back!

the ask tssb blog was down for a week and a half, but IT'S BACK ONLINE NOW!! you can now return to sending asks to your heart's content

well. yes. yes yes. it is year of our lord 2021, and 320 pages and 6 chapters into this comic and i have gone back and edited a chapter 1 page in a very major way. i think that this edit is overall a net gain for readability going forward, though! the old page 4 created a lot of unnecessary confusion and for no good reason on my part, so this new version makes many things much more clear, and introduces certain concepts earlier on (even if it's sort of a lot at once). this is all thanks to Woo, really; i could not have done this without her help and suggestions. personally, i hate living in the past. i have no drive to edit old pages ordinarily and i believe very strongly in moving forward; it's healthier that way and also shows an author's improvement. i want to stress that this wasn't art-driven even a little bit, so much so that i went out of my way to try and copy what the art looked like back then so it fit in better with the pages around it. that was kinda fun! like a neat little exercise.

the new page is called Rejected Favor and is now Gamma's new "first appearance", reflected in her character bio. the old page, like all the others, can be viewed any time under Extras
http://thestarsshinebright.thecomicseries.com/comics/6/

now that the character page has been touched up recently, is there anything you would like to see added there? is there any kind or type of information you feel is missing, or that you feel would make the character page a more useful resource? would you like to see worldbuilding information linked there? anything about it you feel works well, or not so well? leave a suggestion below!

no one would ever accuse me of not being a clown. yes, anyway, happy april fools! it's my favorite holiday, obviously. but i have great news. if you missed it or you want to relive the magic, i have a live version of the site you can visit HERE:
http://tssbapril2021.thecomicseries.com/comics/

you can also find it under extras, along with other april fool's jokes i've done over the years, including a similar one i did in 2019


second thing i want to talk about is THE NEW CURSOR! i made it. i mean, gamefreak made it, but i drew the little arrow and programmed it in. a couple of people expressed interest in having the mew cursor on the site all the time, and i think i found a version that isn't obtrusive but still fits the site's brand.

and as a minor thing, i fixed the navigation banner image. for most of you, it was probably fine, but there might have been people for which it never loaded in for. so, if you're one of those people.... welcome to the intended appearance of the website. i'm sorry the text was unreadable. 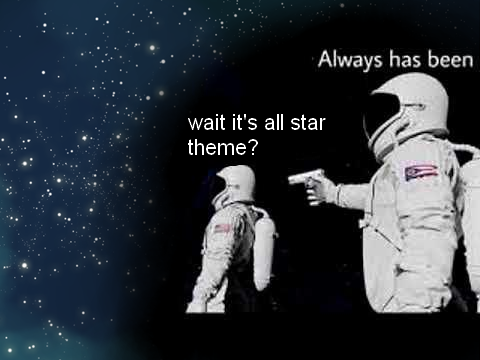